My fiancee and I have always wanted to see all the Bond films, but we've both only seen a couple of them over the years. So, in honor or the 25th movie coming out, No Time to Die, we are doing a month long marathon where we watch one movie a day until we get through them all.
Since I built a bar in my basement, I want to take it a step further and make a drink from each movie the night we watch it. It was my hope that this would lead to a plethora of different cocktails to try since I’ve read that Bond enjoys much more than the typical shaken Martini. Sadly, this isn’t entirely true.
• Many of the movies only show Bond drinking martinis and champagne. While these aren’t bad drinks, it does not allow for the diversity I was looking for.
• Some of the more diverse cocktails Bond drinks in the novels aren't in the movies. If I only use the movies, I'd exclude drinks like the Black Velvet and Scotch & Soda.
• If I include the novels, many unique drinks are in the same novel. If I limit my selection to one per novel to match the movie it goes with, I would miss out on the others.
• Some of the later films are not based on a novel, such as GoldenEye. So if there isn’t a unique drink, I don’t have a fall back. This could result in reusing drinks.
In light of these points, I’ve decided to alter the plan to align with my desire to have a unique drink per film while still retaining a drink list Bond himself enjoys over his career.

Below is the list of the films in chronological order by release date, which is the order we’ll be watching them. Next is the drink I’ve chosen to enjoy whilst watching that film, followed by the reason for that drink choice.

Film: Dr. No
Drink: Dry Vodka Martini
Reasoning: As the first film, this drink order sets the stage for Bond’s film preference for the shaken martini.

Film: Goldfinger
Drink: Mint Julep
Reason: This is the only film Bond has this drink. It also fits the scene it is featured in really well.

Film: Thunderball
Drink: Rum Collins
Reason: This is the only film Bond has this drink.

Film: You Only Live Twice
Drink: Sake
Reason: This is the only film Bond has this drink. Bond also makes a comment on Sake demonstrating his knowledge of the drink.

Film: On Her Majesty's Secret Service
Drink: Brandy
Reason: Although Bond doesn’t actually drink Brandy in the film, he mentions it in a funny way that warrants the inclusion.

Film: Diamonds are Forever
Drink: Black Velvet
Reason: This is a popular drink in the UK that Bond only has in this novel.

Film: Live and Let Die
Drink: Sazerac
Reason: Bond has this ordered for him since this drink is so iconic to the setting.

Film: The Man with the Golden Gun
Drink: Pink Gin
Reason: This novel is the only time Bond orders this.

Film: The Spy Who Loved Me
Drink: Old Fashioned
Reason: There are many novels where Bond orders this, and neither this movie nor novel had a standout drink I wanted to choose, so we’ll use this as an excuse to drink an Old Fashioned.

Film: Moonraker
Drink: Stinger
Reason: Another film and novel without a lot of choices, I chose the Stinger from the Thunderball novel.

Film: Octopussy
Drink: White Wine
Reason: Seen in the film, and I have a bottle I want an excuse to drink.

Film: A View to a Kill
Drink: Americano
Reason: Featured in the novel.

Film: The Living Daylights
Drink: Jim Beam
Reason: Jim Beam is shown in the film, and since I’m a fan of Jim Beam this is a nice excuse to drink it.

Film: License to Kill
Drink: Gin & Tonic
Reason: Another cocktail not in the films but is in some of the novels.

Film: GoldenEye
Drink: Irish Coffee
Reason: Another drink from the novel Diamonds are Forever. I’ve chosen this as a tribute to Pierce Brosnan, who was Bond while I was growing up.

Film: Tomorrow Never Dies
Drink: Champagne
Reason: It’s in all the movies, so it’s about time we have some eh?

Film: The World is Not Enough
Drink: Gin Martini
Reason: Another cocktail not specified in the films but is in some of the novels.

Film: Die Another Day
Drink: Mojito
Reason: This film is the only time Bond has this drink. And it’s perfect for the setting.

Film: Casino Royale
Drink: Vesper
Reason: This martini was invented by this novel. A must include.

Film: Quantum of Solace
Drink: Vodka Tonic
Reason: A classic from the novels, we'll use it here to avoid doubling up on the Vesper.

Film: Skyfall
Drink: Heineken
Reason: The “product placement” of this kinda made it iconic in an infamous way, so I’m running with it.

Film: Spectre
Drink: Dirty Vodka Martini
Reason: We’ll end the marathon where we started, with a Martini. This also allows me to experiment with the “dirty” aspect.

Oh no, no cocktails with those filters 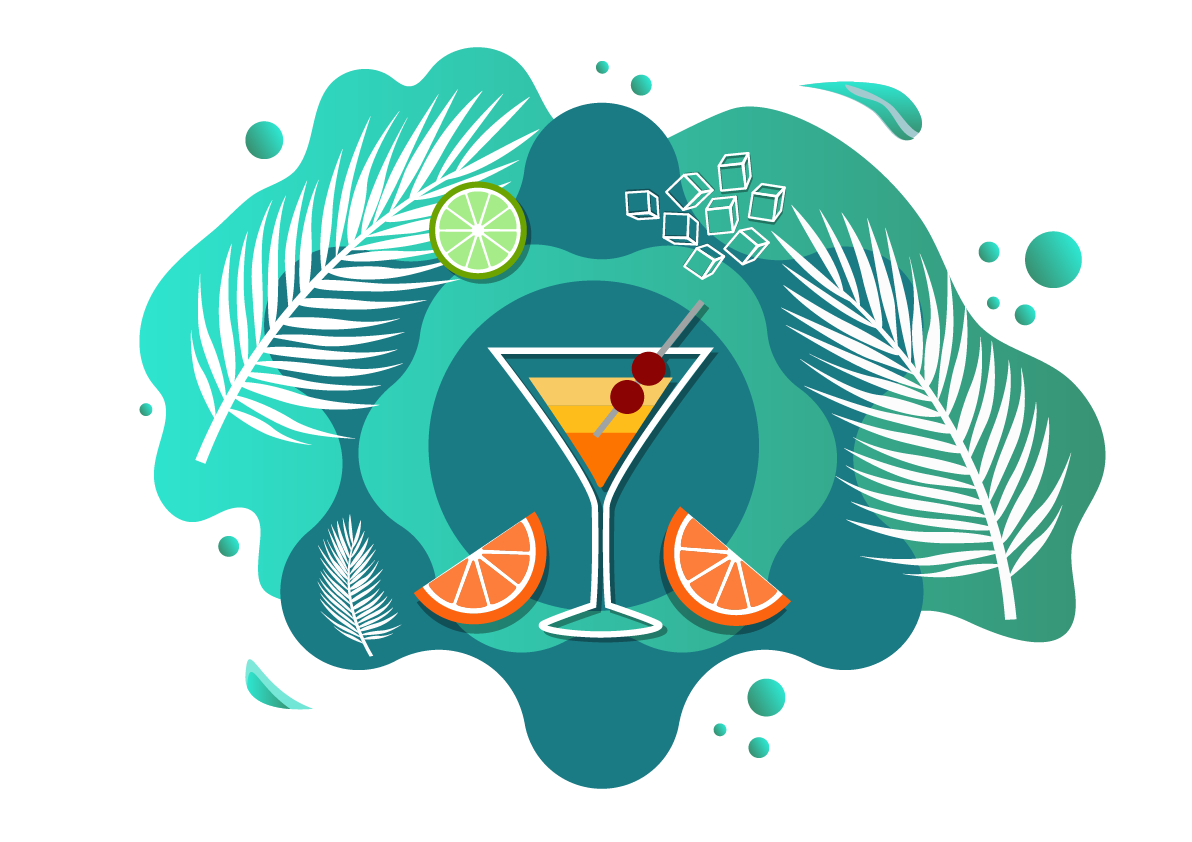 Sorry about this, but you're current maximum number of ingredients you can add is set to 50

Help us lift this restriction by becoming a patreon of the site. ...

Alternatively become a member of the site, where this restriction is raised for you to create your bar in all it's glory. Rock 'n roll!

Your 'Top 50 Cocktails' book is whizzing through the old t'internet as we speak, and should be with you soon.

Make Me A Cocktail - The App

Everything you love about this site beautifully crafted into an easy to use powerful app, ready for you to create your bar, view curated lists and favourite those delicious cocktails.