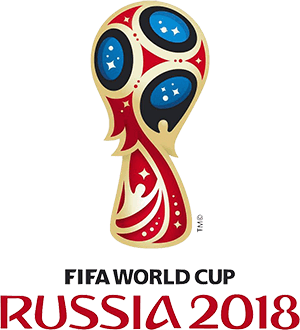 Make Me A Cocktail's

"Football fanatic or World Cup widow/er? Either way you'll need a cocktail or two to celebrate or commiserate while World Cup fever reins through June and July 2018. Our list of World Cup cocktails naturally takes its lead from the partaking nations and some of the world's best known cocktails. There are mocktails too in respect of the nations taking part where alcohol consumption is restricted. Cocktail or mocktail, there's still much cheer to be had."

To celebrate the Fifa Russia World Cup 2018 we've decided to play our very own special 'Cocktail World Cup', to find out the world's favourite country's cocktail, as voted for by you.

We've taken all the groups from the World Cup and chosen each nations signature cocktail (or as close as we could find) to represent that country. Every day throughout the World Cup the two countries cocktails will go head to head, on the same day that the teams play each other in the football World Cup.

The inaugral game of Russia vs Saudi Arabia on the 14th June, the Moscow Mule is pitted against the more recent Arabian Sun Mocktail - which one is the peoples favourite though, you decide.

You'll be able to vote on your favourites via our Twitter and Instagram where we'll be running polls, and we'll be keeping our PInterest up to date with the match-ups and winners.

May the best team / cocktail win.

Pool A sees the clash between the hosts holding their Moscow Mule (Russia) high and proud against some new contenders of the Arabian Sun Mocktail (Saudi Arabia), the Sahara Glowing Heart (Egypt) and La Gran Manzana (Uruguay). Will the acclaimed and established Moscow Mule rule supreme?

The ever classic Sangria (Spain) is a strong favourite in this group, loved by many a holiday maker and Spanish national alike. But can the cleverly named Moroccopolitan (Morocco) or the Pomegranate Gin Fizz (Iran) upset the cards. Of course, the very well balanced Porto Flip (Portugal) will be very dangerous in all its matches.

With such a simple combination, the Mimosa (France) loved by brunch goers and early morning drinkins alike is joint favourites with the South American traveller's delight of the Pisco Sour (Peru). However, don't forget the Australian contingent with the 1788 (Australia) and the very drinkable Danish Fly (Denmark) giving the two more well known drinks a run for their money.

Although you would be hard pressed to see beyond the Fernet con Cola (Argentina) in Pool D, the Iceberg Paralyzer (Iceland) is a fairly new drink on the scene and growing in reputation, keep an eye on it as it progresses in the tournament. It's hard to see The Crocktail or Nigerian Chapman coming out on top in this group but never doubt the fans' dedication to the drinks - we could see a major upset here.

It would be hard to look past the Caipirinha (Brazil) not topping this group, but the sweet and fashionable Toblerone (Switzerland) will give them a good match. Although less well known the Guaro Sour (Costa Rica) and Res Star (Serbia) will be looking to be crowds favourire with their underdog status.

The match between the Gin Basil Smash (Germany) and the Paloma (Mexico) could well be the match of the pool stages, both with massive followings and delicious in their own ways. It's also one of the first match ups in the tournament, so don't miss it. However, the Swedish Crush (Sweden) and The Far East Dragon (South Korea) are both strong in their own rights, and with a bit of momentum could see them go all the way.

Don't be fooled by The Black Russian (Belgium) that was actually invented in the aforementioned country, and with its noteriety and delicousness making it a strong favourite here. But, could anyone bet against the summer classic of Pimms and Lemonade (England). The match between these two will be an absolute corker we're sure. But the simplicity or the Ron Abuelo Punch (Panama) and the craziness of the Bouka (Tunisia) could easily sway the group here. If there ever was a group of death, this could well be it.

Is there anything more elegant, delightful and deliciously named than The Japanese Slipper (Japan)? You'll be hard pressed to find one - but with its history and background story the Polish Martini (Poland) may win a few hearts in the head to head. We're looking to see how that pans out. The Jus de Bissap and Caelazo aren't by any means weak contenders here though, and this group could be wide open. We'll see how the first round goes....

Sorry about this, but you're current maximum number of ingredients you can add is set to 50

Help us lift this restriction by becoming a patreon of the site. ...

Alternatively become a member of the site, where this restriction is raised for you to create your bar in all it's glory. Rock 'n roll!

Your 'Top 50 Cocktails' book is whizzing through the old t'internet as we speak, and should be with you soon.